Over 35 years of experience in manufacturing HVAC equipment

Automatic Pump Controlled Expansion System is a technological devices developed to stabilize the pressure of the installment by absorbing the change in fluid volume that may occur at the heating and cooling systems.

1. The system has capability of pressure balancing in high precision compared to the conventional membrane expansion vessels. Considering the thermal expansion and contraction of water due to the temperature variation, the amount of water changes in the system. The device keeps the pressure in the installment in balance with 0,1 bar precision by transmitting the water among the tank and installment.

2. Thanks to the measurement sensors which the device equipped with, the water level and pressure of the system is consistently kept under control. In this way, the accumulation of air caused by change in pressure and water level and the associated heating problems are prevented.

3. Automatic Pump Controlled Expansion system has a tank which 99% of the volume is utalizable; thus the space saving is ensured by meeting the need with an average of 65% smaller tank capacity compared to conventional type membrane expansion vessels. This ratio is even higher in plants where operating pressure is higher.

4. Because there is no membrane in new generation expansion system; the pressurized nitrogen gas (pressurized air) is not needed in the tank; atmospheric air pressure is sufficient. Since the expansion tank is pump controlled, the tank used in the system is not in the scope of Pressure Equipment Directive.

6. The device has a user-friendly automation system with a color & touch screen, a functional menu and an internet modüle. The internet modüle offers remote monitoring and has the capability of sending fault alerm to the defined phone and e-mail addresses. A possiblity of an explosion, flood or major damage to device (potential for large systems) are prevented in this way. The automation system keeps track of the last 20 faults in addition to the 15-day data logs.

7. The automation system enables to monitor the amount of water collected from the mains with pulse-out water meter, the amount of water reduced due to evaporation and leaks is measured and water is supplied from the mains line to the installation. It is also capable of detecting the static level of the leakage points in the installation, shutdown the system when dangerous limits are approached, and give visual and audible warnings.

8. While the Pump Controlled Expansion System is commissioned, the automatic filling invention provided by the automation system functions. With this feature, which hedge the pumps against overloading and shortening their life, the water in the main is transmitted directly to the installation in a controlled manner and automatic filling is possible.

9. The pumps in the device are individually controlled by frequency inverters, which ensure vibration-free pressurization. Thanks to this control provided by automation, while the pumps work with a soft start-stop system, they offer long-lasting use with the adjustable co-aging technique used in other pressure balancing equip


Ground and Installation: Since the tank water level is determined according to the static height of the water, the problems on the ground where the Automatic Pump Controlled Expansion System is installed do not affect its operation. In addition, there are adjustable rubber suction cups to prevent excessive defects on the installation floors and water contact with the system body. 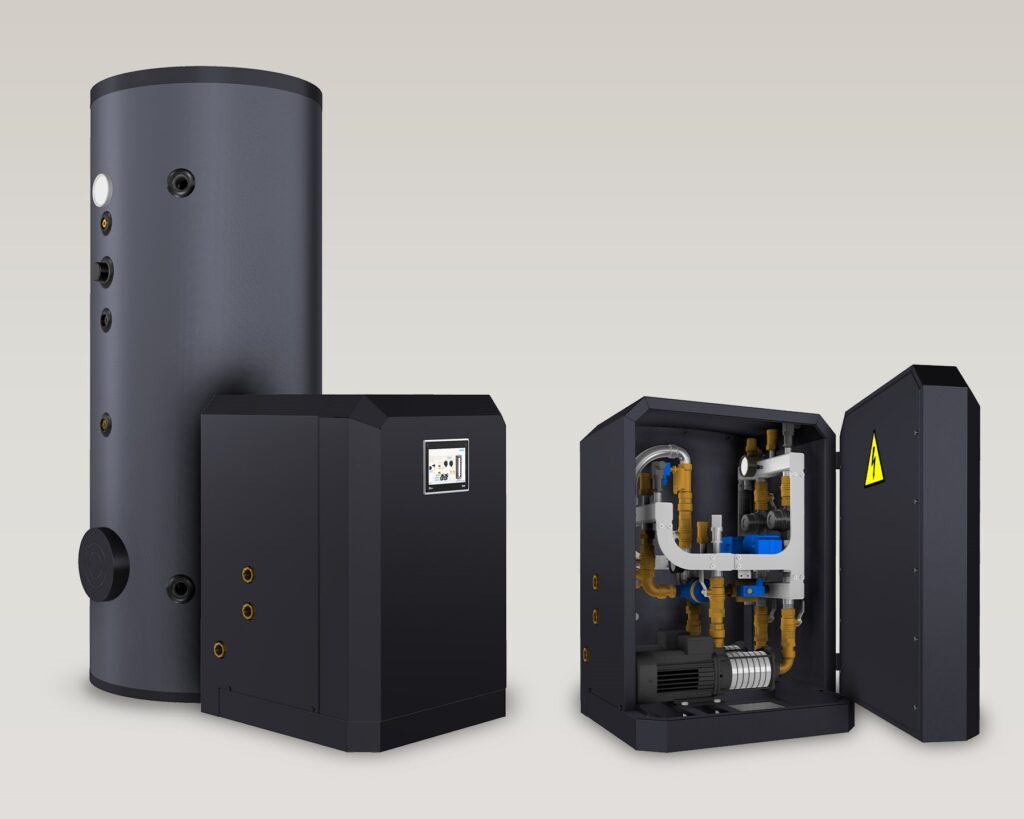 Contact us to get ideas, start a project or just to meet.

Download our catalogue to learn more about our company and capabilities.